When you’re finished reading, scroll to the bottom of the page to access your micro-learning CE credit course
0.25 ce credits

A lot of noise was made when the Factor Xa drugs came out and there was no reversal agent.  We all feel comfortable with Vitamin-K reversing the effects of warfarin, but that can take a couple of days.  Just simply stopping the Factor Xa inhibitors will produce similar results!  Now that we have monoclonal antibodies to reverse dabigatran and the Xa inhibitors that worry should be gone.
A common question, though, in the family practice setting is when someone should stop their anticoagulant or antiplatelet therapy.  The chart below provides guidance on that front:

WHEN to RESTART:  Most experts say to restart therapy 24 hours after a low bleeding risk procedure.
Most agree that the anti-platelet drugs cannot be reversed.
ASPIRIN reversal… sort of
Intravenous DDAVP may be beneficial in some cardiac surgical patients with intractable microvascular bleeding due to platelet dysfunction that may be caused by aspirin use.
Vitamin-K: Reversal agent for Warfarin
Treatment: stop drug.

Prothrombin Complex Concentrate (PCC)   (Kcentra®)
Kcentra® is a blood coagulation factor replacement product indicated for the urgent reversal of acquired coagulation factor deficiency induced by Vitamin K antagonist (warfarin) therapy in adult patients with acute major bleeding or the need for urgent surgery or other invasive procedure.
Administration route:  intravenous use only. Online dosing calculator available.
Administer Vitamin-K to maintain Vitamin K-dependent clotting factor levels once the effects of Kcentra® have diminished
Source: human plasma. The risk of transmission of infectious agents, including viruses and, theoretically, the Creutzfeldt-Jakob disease (CJD) agent (mad cow disease), is possible
FRESH FROZEN PLASMA
Plasma is frozen within hours after donation in order to preserve the clotting factors. The shelf life of FFP is 12 months, but it can be extended to 7 years if stored at − 65 °C (-85°F).    Most often used to treat bleeding disorders when a clotting factor or multiple factors are deficient, and no factor specific concentrate is available.
A unit of FFP contains near normal levels of all factors, including 400mg of fibrinogen.  It increases factor levels by 3%
Indications for use for FFP

Patients on warfarin who are bleeding or need to undergo an invasive procedure before Vitamin-K could reverse the warfarin effect or who need to have anticoagulation therapy after the procedure.

Have a Great Day on the Bench!! 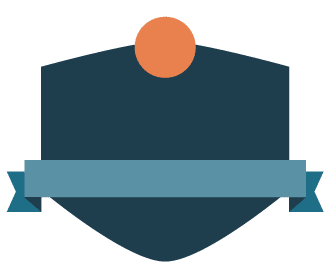 Substances of Abuse Specialty Pharmacist
A freeCE Specialty Certification
Level 1
Join Professor Pete through each aisle of the pharmacy in the Self-Care Specialist (SCS) Certification Curriculum!
Earn Your Certification Now

Have a Great Day on the Bench!!

With the migration to our new learner platform, we’ll need this information in order to provide notifications about your account, CE certificates, or updates on new Rx Consultant content.